‘They saved my life’ 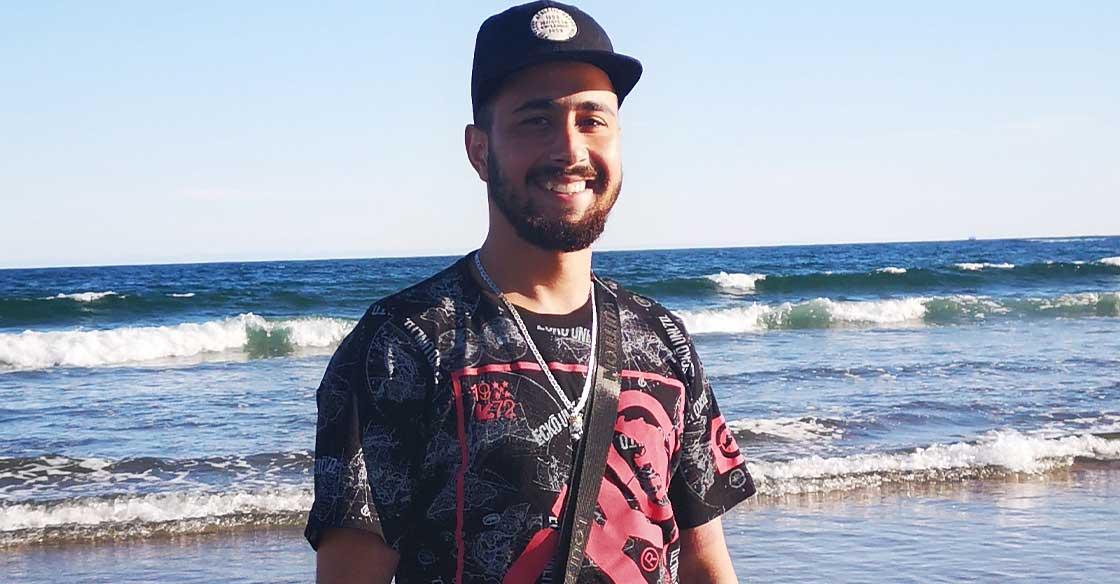 In the midst of a pandemic, 22-year-old Khaled Alsaid woke up in hospital after having sustained first, second and third-degree burns to more than half of his body. Despite the shock of realizing what had happened, the attentive care he received from his care team made him feel at ease, even when his family and friends couldn’t visit due to COVID-19. – Contributed

Khaled Alsaid doesn’t remember arriving at the QEII Health Sciences Centre’s Burn Unit, but he remembers the feeling of leaving a second family when he returned home.

The 22-year-old woke up in hospital after having sustained first, second and third-degree burns to more than half of his body, focused on his hands, legs and abdomen.

He says despite the shock of realizing what had happened, the attentive care he received from his care team made him feel at ease, even when his family and friends couldn’t visit due to COVID-19.

“Waking up alone felt really scary because my mind was still processing what had happened. But my doctors and nurses were so incredibly kind to me and told me everything would be OK. Without them, I wouldn’t be here right now. They saved my life,” says Khaled.

The QEII’s Burn Unit treats all patients with major burns from across the Maritimes — about 15 to 25 patients per year. Dr. Rasmussen says the team immediately begins working from the first hours of inpatient care, as they stabilize the survivor and plan their surgeries and skin grafts. Later, they assess patients’ mental health and occupational and physical therapy needs.

Khaled says this all would have felt overwhelming were it not for his healthcare team, who quickly became like family to him. He says their work not only healed his burns, but helped him to re-learn basic things like sitting, talking and walking again and to feel motivated, even on his darkest days in hospital.

“They helped me to manage my physical and emotional scars and showed me what life really is. That no matter what, I can still be me,” he says.

Denise says the acute care that happens in hospital “is one snapshot in the patient’s whole continuum of care” and that the same Burn Unit team members remain involved in the patient’s care after they’ve returned home from hospital. She says this outpatient care can last anywhere from 12 to 18 months to several years, depending on the survivor and the severity of the burns.

Khaled says his astonishing recovery — he was out in one month despite doctors predicting a 55-day stay — is thanks to the care he received at the QEII. He says his burns were one part of his recovery and that the help he received from Dr. Thakrar helped heal his emotional scars.

“At the time, I was giving up on everything. The reason I’m back now, emotionally and mentally stronger than before the burn, goes back to them,” says Khaled.

Dr. Thakrar’s work with survivors focuses on the three pillars of psychological management of burns: mental health, scarring and body image, as well as pain and itchiness — all of which helps them process their scarring and new realities.

Another significant part of the survivor’s mental healing is the peer support that comes through the Burn Survivors Group, which pairs each burn survivor with a fellow survivor who understands their journey.

“To have someone who’s been through this experience and can say, ‘I know you’re frustrated, but it will get better,’ that’s a hugely important resource,” says Dr. Rasmussen.

Denise works alongside other occupational and physical therapists throughout the survivor’s recovery, from when they first receive skin grafts to when they are getting used to living at home after hospital, to ensure the best possible function of the areas that sustained burns. She feels continuously inspired by each survivor’s resilience and is glad to be among the numerous healthcare disciplines helping get each survivor back home.

“The journey is lifelong, but what we get to see as the burn care team is the steps where they regained themselves. It’s hard work, so when you see those good outcomes, it’s really rewarding,” she says.