Reducing the risk of dementia 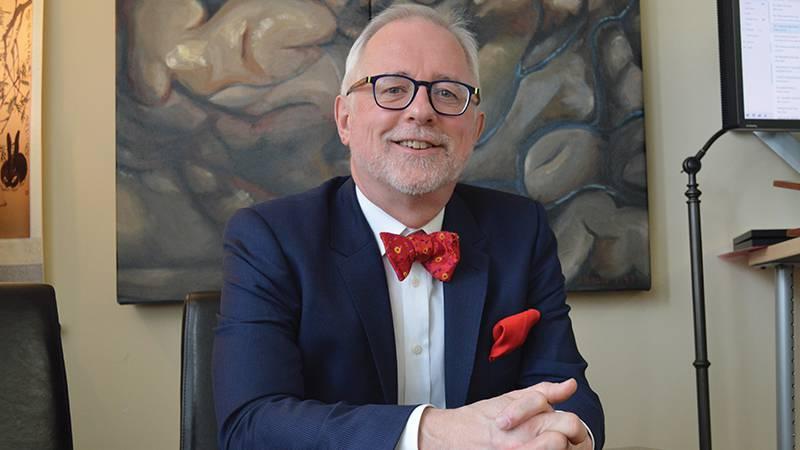 Dr. Kenneth Rockwood, QEII geriatrician, clinician scientist and director of geriatric medicine research, is working with 27 of his colleagues worldwide as part of the Lancet Commission on dementia prevention, intervention and care. New research reveals individuals can significantly reduce their risk of dementia by leading a healthy lifestyle. – QEII Foundation

While genetics and neuropathology — disease in nervous system tissue — can play a role in one’s susceptibility to developing dementia, new research reveals individuals can significantly reduce their risk by leading a healthy lifestyle.

Merging both areas of study, he’s seen the impact of reducing risk factors that aren’t directly related to brain composition but more so related to aging and lifestyle.

“Families often wonder if dementia is inherited,” says Dr. Rockwood. “The older someone is, the less likely there is a specific heritable gene. There are heritable factors but they usually consist of several genes.”

Reducing the risk of dementia is more effective, depending on when risk factors are eliminated. For instance, someone addressing their hearing loss in mid-life yields better results versus eliminating that risk later in life.

“Individual items can vary from up to eight per cent reduction for hearing loss, to one per cent for obesity,” says Dr. Rockwood. “But they add up. The more things that people can get control of, the better. None of these things is ever too late to start and benefits can be seen across the life course.”

Many risk factors contribute to what degree of frailty someone lives with. Much of Dr. Rockwood’s research focuses on the relationship between dementia and frailty, which he defines as a state in which individuals have more health problems than their peers.

In the Lancet Neurology article titled Investigation of frailty as a moderator of the relationship between neuropathology and dementia in Alzheimer’s disease: a cross-sectional analysis of data from the Rush Memory and Aging Project, Dr. Rockwood’s team used a frailty index, which was developed in Halifax in 2001 with his mathematician colleague Dr. Arnold Mitnitski.

While 60 per cent of the risk of developing dementia is unknown, individuals could, in theory, reduce their risk of later-life dementia by up to 40 per cent by eliminating all potentially modifiable risk factors.

In the article titled Reducing the risk of later-life dementia. Evidence informing the Fifth Canadian Consensus Conference on the Diagnosis and Treatment of Dementia, Dr. Rockwood and other Canadian experts recommend people at risk for dementia reduce their risk by adopting a healthy lifestyle.

Recommendations include adhering to a balanced diet modelled on the Mediterranean diet — rich in fruits, vegetables, whole grains and lean proteins; engaging in moderate, energetic physical activity; improving disordered sleep; engaging in cognitive training and intellectually stimulating activities; paying attention to social circumstances; supporting others and allowing yourself to be supported; improving frailty and minimizing medications that commonly inhibit the brain chemical acetylcholine, which is essential for memory.

The focus of QEII dementia neurologist and cutting-edge clinician scientist Dr. Sultan Darvesh, these medications are often used to treat sleep disorders or problems with bladder control, as well as many other illnesses.

Dr. Rockwood hopes the research he’s participated in will help patients by providing healthcare providers with a better understanding of dementia as not merely a brain disorder.

Meanwhile, Dr. Rockwood notes dementia patients are seeking healthcare professionals with a deep understanding of their problems. Through his research examining dementia, he hopes others will take note and approach patient care in a nuanced way that considers the multi-faceted entirety of people — in all areas
of health.

“It’s important that we, as a healthcare system, can look at whole people, recognizing that they often have many problems all at once. We need to train physicians who can provide that care — a growing gap in in Nova Scotia. Understanding how to think about and treat late-onset dementia is a subset of the ways in which this work is clinically meaningful,” says Dr. Rockwood.