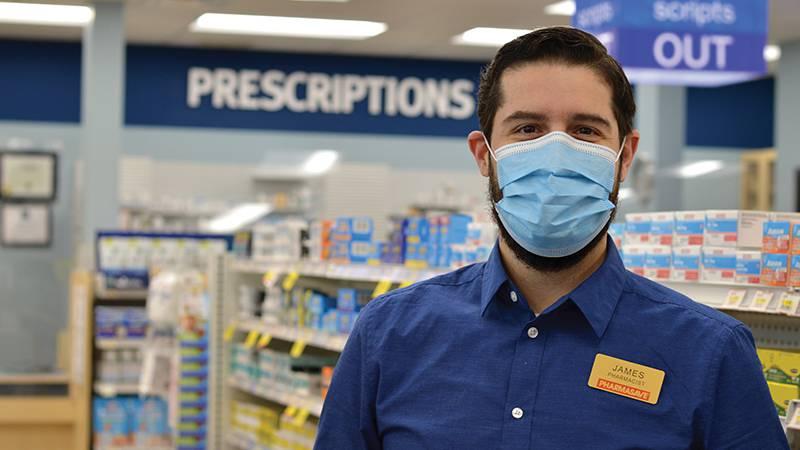 James Best says he owes his normal life to his QEII family at the adult cystic fibrosis program. Now a pharmacist, James uses his knowledge and experience to help others. – QEII Foundation

James Best craved two things as a young adult living with cystic fibrosis (CF): a sense of normalcy and a better understanding of his complex disease.

Like many others living with CF, his disease is multi-faceted. It’s the most common fatal genetic disease affecting Canadians, according to Cystic Fibrosis Canada. There is no cure and it affects each person living with it differently in a variety of ways.

James was looking for answers to his CF and found them in two places. First, through multidisciplinary treatment provided by the QEII Health Sciences Centre’s adult cystic fibrosis program and then through studying pharmacology and now working as a pharmacist.

“A large part of why I’m as healthy as I am is thanks to my parents and the QEII cystic fibrosis team. I know I wouldn’t be around, let alone be in the shape I’m in, without them,” he says.

Approximately 160 active patients travel to take part in the QEII’s adult cystic fibrosis program, coming from Nova Scotia, New Brunswick and Prince Edward Island every three to four months for a half day of care.

Patients are seen during their visit by a multidisciplinary team of physicians, a nurse co-ordinator, a dietitian, a physiotherapist, a psychologist, a social worker and a respiratory therapist, who collaborate on their unique treatment plans.

Dr. Nancy Morrison, medical director of the QEII’s adult cystic fibrosis program, says the ultimate goal of this approach is to identify and treat each facet of CF in each person who is impacted by the disease in a multitude of ways, including physically, psychologically and professionally. Along with ongoing lung disease, physical symptoms can include sinus, gastrointestinal, endocrine and fertility issues, among others.

Dr. Morrison says the program’s early detection and treatment of such CF problems helps to prevent a decline in health and more intensive inpatient procedures later and is among the reasons why the program is one of the best in Canada.

“It’s so important for patients with complex medical issues to have everybody come to them to deliver the care … as opposed to travelling to a clinic here and there,” says program physician Dr. Meredith Chiasson.

The average age of the program’s participants is mid-30s and its oldest patient was 76 at their last clinic visit. Dr. Morrison says the focus on innovative treatments and holistic care has led to participants having milder CF symptoms and living longer and better lives.

For James, this holistic treatment gave him the sense of normalcy he had been seeking.

“Many people living with chronic disease want to be able to plan for normal things, like the future, a mortgage or retirement,” says James. “The care I’ve received at QEII has given me that.”

Part of that success is also owed to the clinical trials the program patients have participated in, through the continued work and research of Andrea Dale, research co-ordinator and respiratory therapist.

“It’s life-changing. One of our patients is now off oxygen. Two patients no longer need lung transplants,” she says. “You can’t correct all the damage, but the last several years have been a really exciting time to be working in CF, thanks to these treatments.”

Dr. Morrison says that, through the QEII Foundation, Cystic Fibrosis Canada supports the team in attending the North American Cystic Fibrosis Conference each year, where they collaborate with other CF programs and bring back ideas to further improve care. In October 2020, the CF team participated in the CF conference virtually.

Sarah says the program’s best feature is its development of relationships between patients and healthcare staff, which form naturally over time.

“You develop relationships with these people in order to treat them with the best care possible,” she says.

James is now 37 and has found more answers to his CF questions through studying pharmacology at Dalhousie University and becoming a pharmacist. He now lives in Lower Sackville. His lung function is so healthy that he can run up mountains.

He uses his learned and applied knowledge to help people in his role as a pharmacist and says he owes his normalcy to his QEII family.

“These are people you’ve had your ups and downs with, who see you at your best and your worst,” he says. “I was looking for comfort when I joined the QEII program and I found it quickly, thanks to them.”