On the front lines 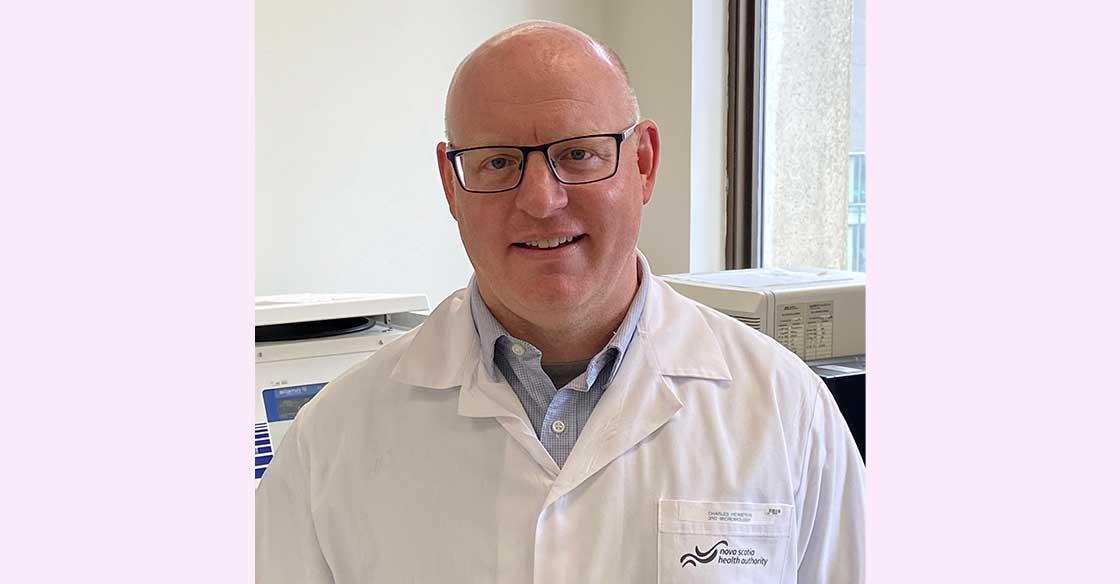 Charles Heinstein, technical manager, and the team at the QEII’s microbiology lab usually do their vital work in relative obscurity. In 2020, they became known for their efforts to help contain the spread of COVID-19 in Nova Scotia. – Contributed

As one of the largest facilities of its kind in the world, the lab provides all of the microbiology diagnostic services in the province. For the most part, the microbiology team does this vital work in relative obscurity. But this year they were on the front lines in the effort to contain the spread of COVID-19 in Nova Scotia.

“In microbiology, we’re always trying to prepare for the next emerging pathogen,” says Dr. Todd Hatchette, chief of service and division head for microbiology. “In early February, when we started to see a growing number of cases outside of China, it became clear that this was not going to be a localized event and that we were in for a big problem.”

Encompassing more than an entire floor of the QEII’s Mackenzie Building, the team has processed COVID-19 test swabs from across the province. In the early stages of the pandemic, they were also processing tests for Prince Edward Island and Saint Pierre and Miquelon.

“It was a collaborative response,” says Dr. Hatchette. “We were able to draw from other divisions within the department.”

Staffing hours were also increased substantially. In the pre-COVID-19 world, the lab had a fully staffed day shift and then an evening shift with reduced staff numbers.

“We realized pretty early on that we were going to have to move to a 24-hour model,” says Charles Heinstein, the technical manager of microbiology. “As it happens, much of the work was coming in later in the day, so we added a lot more staff on the evening shift and began operating 24 hours, seven days a week.”

At the peak of the pandemic, the lab was processing some 1,500 samples each day. Between March and August 2020, the lab processed 80,000 tests, helping Nova Scotia to flatten the curve.

Clarissa DeCoste has been a medical laboratory technologist at the lab since 2015 and she experienced this increased workload up close.

Besides the increase in staff, the introduction of new equipment for extracting genetic material from the samples was key to being able to handle the increased workload. As part of the QEII COVID-19 Response Fund, QEII Foundation donors helped make the purchase of this type of equipment possible.

“It takes us less time to process the specimens,” says Clarissa. “That allowed us to decrease the turnaround time by half.”

“This new equipment can also be used to deal with any pandemics that may emerge in the future,” says Dr. Hatchette.

The lab has a number of specialized areas, including bacteriology, virology, special pathogens, and a Level 3 lab that deals with tuberculosis. On a typical day, the lab receives samples from both inpatients and outpatients from within Nova Scotia and outside the province.

“We get a very large range of samples, including blood, tissues, urine, respiratory samples, as well as swabs testing for many different things, like sexually transmitted infections,” says Charles.

The last major pandemic to affect Canada was the H1N1 flu in 2009. Charles says every pandemic provides valuable lessons for dealing with future outbreaks.

“With every pandemic, there is a walk-through afterwards,” he says. “We look at the supplies we will need to have on hand for the next outbreak. We also look at how we do the work to produce the amount of testing that will be required.”

The lab is now stockpiling supplies and preparing staff to be ready for a potential second wave of COVID-19.

“There’s a lot of operational planning,” says Charles. “We need to be prepared so there are no shortages in terms of testing or swabbing. We also need to have sufficient staff hired and trained for that October-November window.”

Playing a key role in the fight against COVID-19 does bring an increased level of job satisfaction, adds Clarissa.

“People can now see the value we bring to the healthcare system and they appreciate the work we do.”