Entire project to be funded by QEII Foundation donors with $2.8 million left to raise.

The QEII Foundation is funding the entire surgical robotics project, which includes raising the remaining $2.8 million (of their $8.1 million goal) to keep the technology for the long-term and expand its use to other cancer surgeries at the QEII.

As of November 20, 88 robotic procedures have been performed at the QEII, including more than 40 prostatectomies, 30 hysterectomies and 14 partial kidney removals.

Robot-assisted surgery is one of the most effective tools to treat some cancers and is quickly becoming the standard of care for many procedures across Canada.

Some results of this game-changing technology that surgical teams are already seeing patients benefit from include:

The presence of robot-assisted surgery has a significant impact on patient care, however, it is also a driving force in attracting the country’s best and brightest surgeons to the QEII.

The QEII’s new surgical robotics technology has played an integral role in the successful recruitment of four new surgeons, who all previously trained with and/or practiced robot-assisted surgery at other health centres.

One recent recruit includes QEII urologist Dr. Ross Mason, who specialized in robot-assisted surgery while completing a fellowship in urologic oncology at the Mayo Clinic. The opportunity to trial – and hopefully expand – robot-assisted surgery at the QEII is a big reason why Dr. Mason chose to return to his home province of Nova Scotia and practice here, following his training in the U.S.

“One of the most exciting days of my career was when I entered the operating room and the QEII’s first surgical robotics technology was there. Most surgeons who specialize in complex, cancer surgeries are now being heavily trained in robotics. They’ve got those skills and they want to use them, so they’ll be more attracted to centres where they’re able to offer that.” – Dr. Ross Mason, QEII urologist who was recently recruited to the QEII thanks, in part, to robot-assisted surgery

“This is a project that will be 100 per cent funded by the QEII Foundation and donors in our community. With $2.8 million left to raise of our $8.1 million goal, this is a prime example of how philanthropy transforms health care and unlocks treatment options that otherwise wouldn’t be available.” – Donnie Clow, QEII Foundation board trustee and chair of the surgical robotics campaign

“Our family is so proud to be a part of funding Atlantic Canada’s first surgical robotics technology at the QEII Health Sciences Centre. This technology is already having a significant impact on the lives of patients and their families and we’re honoured to be a part of this exciting initiative” – Frank Sobey, Chair of the Sobey Foundation, who donated $3 million to the QEII Foundation in support of surgical robotics

“People receive excellent treatment at the QEII, and a big part of that is recognizing the importance of funding advances in technology and medicine. We’re so grateful we’re able to offer surgical robotics to our patients – and need this technology to stay in our region.” – Dr. Greg Bailly, QEII chief of urology and professor and co-chair of the surgical robotics council 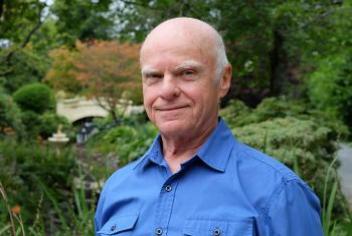 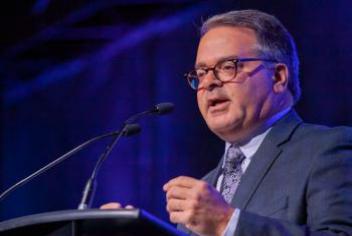 Dr. Howard Conter and his family are matching all donations made to robot-assisted surgery
November 2, 2019 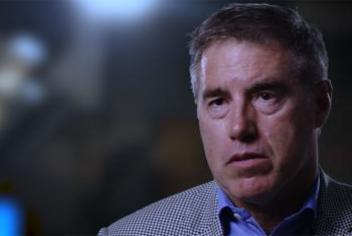 My reason for investing in robot-assisted surgery
November 2, 2019 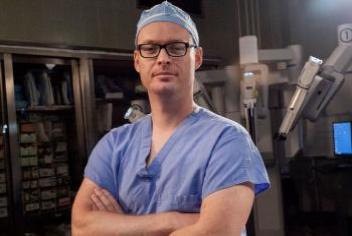