The Globe and Mail: How a better image can save a life 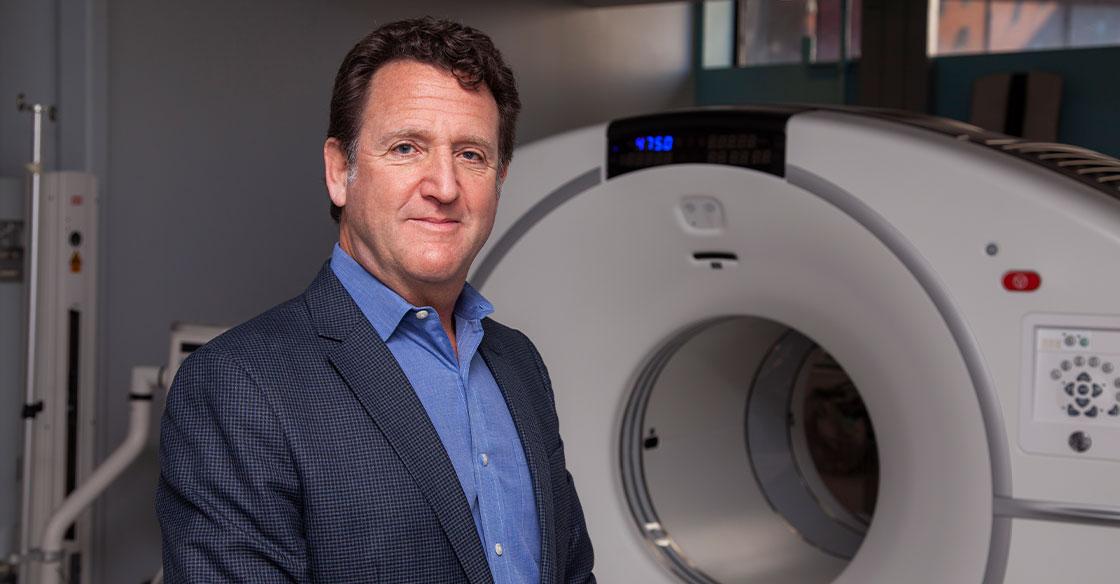 Sharon Needham never expected to see her face on a billboard in Halifax. But then again, she never expected to get neuroendocrine cancer, either. She’s now an advocate for access to a leading-edge tool that can help detect, diagnose and monitor these elusive tumours much faster than traditional methods.

So, if having her face on a billboard can draw some attention to the issue – and maybe even save lives – then she’s happy to do it.

Once considered rare, neuroendocrine cancer is among the fastest-growing classes of cancers worldwide. But it often mimics other illnesses, making it one of the most difficult to detect and diagnose, often taking five to seven years from a patient’s first symptoms to official diagnosis. Unfortunately, by the time they’re diagnosed, more than 50 per cent of patients already have stage IV cancer. Yet, when diagnosed early, they have good prospects for living a full, long life.

Sharon’s diagnosis was seven years in the making; she estimates she saw 11 different doctors during that time. “I had heart palpitations, wheezing, diarrhea, skin rashes – everything was explained as something else,” she says. “But I knew something was wrong, I knew in my gut.”

By the time she was diagnosed in 2015, the tumour had grown to 4.5 centimetres in length, blocking the main branch of her left lung. After considering her treatment options, she had surgery to remove part of her lung and immediately felt better than she had in years. “As soon as the tumour came out, all of those other issues went away,” she says.

Neuroendocrine tumours, also known as NETs, begin in the neuroendocrine cells and most often occur in the lungs, appendix, small intestine, rectum and pancreas. A tumour can develop anywhere in the body with a wide range of symptoms, such as abdominal cramps, pounding heart rate and skin rashes.

At the time, Sharon didn’t have access to the game-changing gallium-68 DOTATATE, which can detect and pinpoint the earliest signs of neuroendocrine cancer. And it still remains out of reach to many cancer patients across the country, available only at a few Canadian health centres and, in most cases, only as a clinical trial.

This scan is really the gold standard worldwide for neuroendocrine tumours, not just for diagnosing but in terms of monitoring patients and selecting the best treatment options.

Since her surgery, Sharon has been undergoing surveillance imaging scans to ensure her cancer hasn’t returned or spread to other areas. In 2017, she became one of the first patients in Canada to access gallium-68 DOTATATE as part of a clinical trial in Sherbrooke, Que.

“I was lucky to get in a clinical trial,” she says. “Honestly, that’s somewhat like winning the lottery as a patient.” But she’s only been able to have one followup appointment since her surgery in 2015, when ideally she would have one every year. Now with COVID-19, that option is off the table.

“I am very active and I try to push the lung that I have left as hard as I can – I play sports and do half-marathons and biking to raise money for cancer research,” she says. “But if I was to get COVID, it wouldn’t be great.” At the same time, she’s concerned about the cancer coming back, which the gallium-68 DOTATATE could detect.

“This scan is really the gold standard worldwide for neuroendocrine tumours, not just for diagnosing but in terms of monitoring patients and selecting the best treatment options,” says Sharon’s oncologist, Dr. Daniel Rayson, who is also head of medical oncology with the QEII Health Sciences Centre in Halifax and an expert in neuroendocrine tumours.

“It’s a much more sensitive test that can detect and pinpoint neuroendocrine tumours anywhere in the body,” he says. Traditional testing often involves a CAT scan and an octreotide scan. While both can be very helpful, they are much less precise and sensitive than a gallium-68 scan. According to Dr. Rayson, it can be difficult to be certain of a NET diagnosis with these other scans and they can miss small tumors or underestimate the extent of NET involvement in the body.

“So patients are left with uncertainty,” he says. “But a gallium-68 scan will definitely tell you if it’s a neuroendocrine tumour.” If it is, “this will allow your physicians to know exactly where it is, if it has spread and to what extent, and then to plan the best treatment options.” Dr. Rayson adds that equally importantly for many patients, “it can also give more confidence in being cancer-free, if it is negative.”

Gallium-68 DOTATATE is a radioactive tracer injected into a patient before they undergo a PET-CT scan. The PET-CT scan helps care teams detect if cancer is present, if it has spread to other organs and tissues, and if the treatment option (surgery, chemotherapy or radiation) has worked.

Newly approved by Health Canada, the gallium-68 DOTATATE tracer displays NETs with utmost accuracy, so even the smallest traces of cancer – which otherwise wouldn’t be detected – light up on the screen. And by slashing total scan time from four hours to 20 minutes, it also reduces radiation exposure for the patient.

Local access to the most advanced technology and care is always important, but a global pandemic only compounds that. In response, the QEII Foundation has a mission to raise $200,000 by March 31 to bring Atlantic Canada’s first gallium-68 DOTATATE tracer to the QEII Health Services Centre — ensuring this cancer detection tool is available to patients by spring.

“It’s exciting because for this kind of investment it has a disproportionate impact on how we treat our patients – it will change and save countless lives,” says Susan Mullin, president and chief executive officer of the QEII Foundation. “With the support of our donors, we’ll help ensure that Atlantic Canadians facing a neuroendocrine cancer diagnosis have the most accurate results, faster access to care, and spend less time in hospital undergoing scans; helping people particularly if they’re coming from across the province or region for care.”

So “as our tulips come up in the spring,” Mullin says the hope is the QEII will be using gallium-68 DOTATATE for those living with known, or suspected, neuroendocrine cancer – all thanks to generous donors. Longer-term, it could also open the door to diagnose and treat prostate cancer and other cancers, where gallium-based PET-CT scans are increasingly being used.

When gallium-68 DOTATATE is available at the QEII, Sharon will finally be able to have her surveillance scan so she’ll truly know if she’s cancer-free. “If I ever have cancer come back we can treat it right away,” she says.

Advertising feature produced by Globe Content Studio and the QEII Foundation. The Globe’s editorial department was not involved.