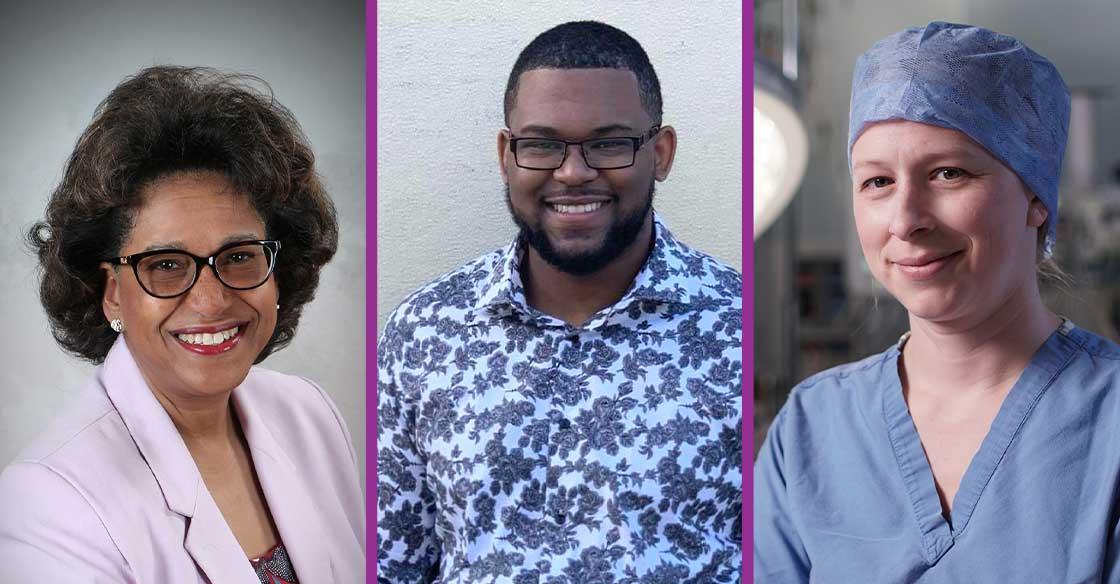 Dr. Christine Herman (right), cardiac and vascular surgeon at the QEII, along with Sharon Davis-Murdoch (left), co-president of the Health Association of African Canadians (HAAC), and Preston Simmons (centre), Community Committee chair, are working together to determine how Nova Scotia’s healthcare system can address systemic biases to ensure the accessibility and delivery of equitable care to African Nova Scotians. – Contributed/QEII Foundation

A project combining cardiovascular research data with community involvement is on its way to revealing how Nova Scotia’s healthcare system can address systemic biases — such as lack of cultural representation in the medical field, cultural bias and discrimination — to ensure the accessibility and delivery of equitable care to African Nova Scotians.

The project, a first in Canada, is led by Dr. Christine Herman, a cardiac and vascular surgeon at the QEII Health Sciences Centre, and Sharon Davis-Murdoch, co-president of the Health Association of African Canadians (HAAC). Dr. Herman approached HAAC after noticing persons of African ancestry arriving at her clinic with advanced stages of cardiovascular — or heart and blood vessel — disease at relatively young ages.

Dr. Herman proposed to HAAC that they team up to combine research with community involvement to look deeper into this health disparity. With $17,000 in funding from the Maritime Heart Centre Innovation Fund through the QEII Foundation, Dr. Herman began looking into the issue.

“I saw a huge disparity of outcomes. I showed the HAAC the data of admission and surgical rates for cardiovascular procedures and proposed we look at whether a disparity exists between access to care versus what is being delivered,” says Dr. Herman.

“The new research opportunity allows us to open up the system’s vision to include determining factors like income, proximity to healthcare services, housing, food security and education to look at how these impact access to health care and your resulting outcome. There is also systemic racism, unconscious bias and the system itself to consider,” says Sharon.

This second community project, funded through TD Bank Group, is entitled the DGH African Nova Scotian Heart Health Outreach Program. It will use a committee structure with five pillars, including faith, community, research and health policy, and history. Each pillar is supported by a committee that will bring each perspective to the table.

“It gives people an opportunity to speak, be educated and educate as well. A lot of times, those opportunities aren’t provided to them. It’s very important that people see that their community has a presence in this and that the leaders are people they know, who they can trust,” he says.

Dr. Herman says this second project will continue what the first project started: finding an answer to how the accessibility and delivery of equitable health care can be ensured for African Nova Scotians and that community participation in healthcare decision-making is key to finding sustainable progress.

“Having community members interpret the data in context of their lived experience is so important but is something that’s not frequently done in clinical outcomes research. This committee structure ensures so much community involvement at every level,” Dr. Herman says.

“This is our opportunity to bring everyone together to make sure we’re all working together on this.”