A lifetime of patient-centred care 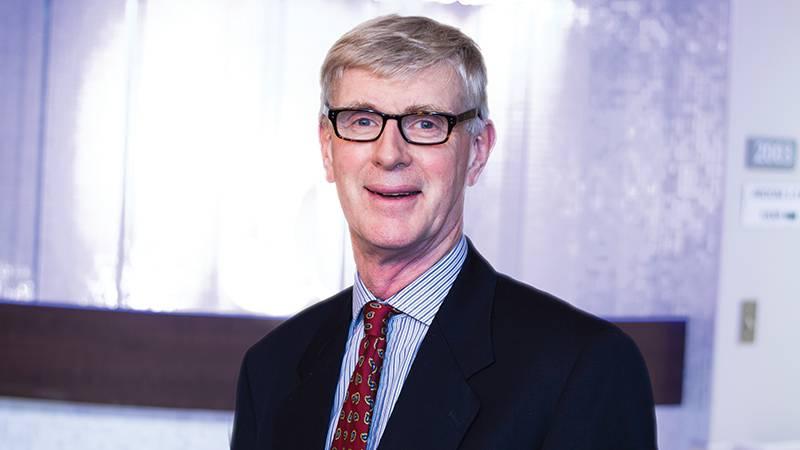 After four decades at the QEII, Dr. Drew Bethune reflects on his career as a thoracic surgeon and senior medical director of Nova Scotia Health’s Cancer Care Program.– QEII Foundation

Dr. Drew Bethune reflects on 40 years of providing cancer care at the QEII

There is something that makes the relationship between lung cancer patients and their doctors unique, according to Dr. Drew Bethune, a former thoracic surgeon — repairing organs in the thorax or chest — at the QEII Health Sciences Centre in Halifax.

He says it’s a relationship made up of interactions that bring patient and doctor together, as they navigate the complexities that come with lung cancer care. Developing those relationships is also one of the most intricate components of lung cancer care for a doctor to learn.

It’s a relationship Dr. Bethune has mastered after nearly 40 years at the QEII, specializing in lung cancer surgery and working toward the constant improvement of — and access to — top-tier lung cancer care across Nova Scotia.

“Patients’ stories and voices probably have had the biggest impact on me throughout my career,” he says.

Dr. Bethune says he initially felt drawn to lung cancer specifically as a major challenging area of surgery. He trained for five years in general surgery and later subspecialized for two years in chest surgery, becoming familiar with how the specialty goes beyond the technical aspects of care and operations.

“I found that there is an intellectual side to dealing with this cancer, in its multiple treatment choices and consulting with patients while working out the best approach,” he says.

The advances and continued innovation that have taken place since he began practising in 1982 and arrived at the QEII have helped patients hugely, according to Dr. Bethune, who recalls when hospitals didn’t have ready access to CT scans.

He says current access to technology, like PET-CT scans and sophisticated radiotherapy, means surgery risk is reduced, patients are out of hospital faster and the general rate of innovation will continue increasing rapidly.

“We are now curing more cancers and, even in those cancers that are not cured, the treatments are prolonging lifespan with a better quality of life,” says Dr. Bethune.

Dr. Bethune is proud of facilitating the pioneering use of molecular genetics — the structure of DNA — in lung cancer treatment in Atlantic Canada and advocacy for the further honing of thoracic and lung cancer surgery in Nova Scotia, to ensure top surgeon recruitment and the delivery of top-tier care.

Dr. Bethune says such goals are also accomplished through the acquiring of technologies like the endobronchial ultrasound (EBUS), purchased with funds raised through the QEII Foundation’s signature event, Ride for Cancer powered by BMO Bank of Montreal. EBUS determines whether cancer has spread to the lymph nodes and helps doctors make decisions about surgery.

“The QEII Foundation’s support enables us to play on the world stage,” he says. “We’re a world leader, rather than playing catch up.”

Dr. Bethune has worked as the first senior medical director of Nova Scotia Health’s Cancer Care Program, a role in which he helped realize the expansion of services and research in Sydney and the strengthening of Nova Scotia’s network of community oncology sites.

He also worked on the recruitment of elite cancer physicians to Nova Scotia and is looking forward to what this new generation of healthcare providers accomplishes.

Most recently, Dr. Bethune says he is proud of the QEII cancer care program’s response to COVID-19, which saw minimal backlogs in surgery, chemotherapy or radiation treatment.

After almost 40 years at the QEII, Dr. Bethune retired on Dec. 31, 2020. He looks back and remembers big moments, like operating on a man who went on to win a Nobel Prize, alongside smaller moments. Each underscores the importance of patient voices and how listening can further improve care.

“Patients’ voices are much bigger than you’d think and influence me hugely,” says Dr. Bethune. “That’s why I liked my job: it gave me the chance to try and fix things.”