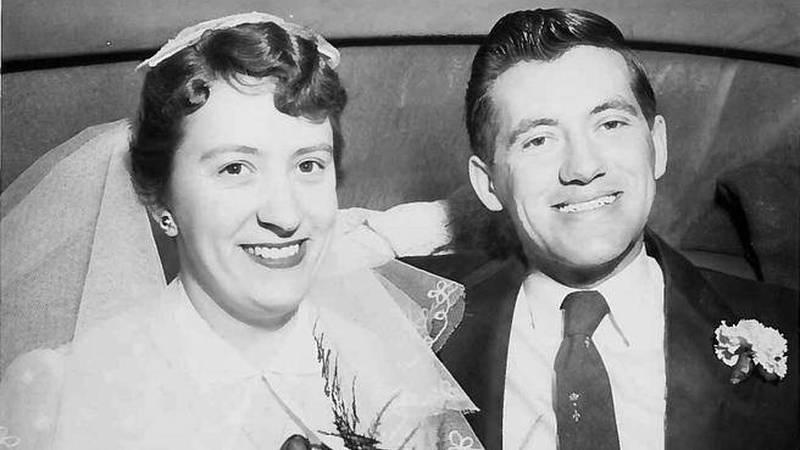 Ginny and Bob Bouchard married in 1955, raising four children and sharing all the intimacies of life in their Halifax home.

Ginny jokes that in later years, they became “Virginia” and “Robert” as increased dealings with the healthcare system saw medical staff default to their formal names.

Last winter, Bob learned his heart was failing and he needed palliative care. He feared his final days would be spent in the hospital.

“In generations past, we always cared for the elders at home,” Virginia says. “That was his wish his whole life. He said: I want to die in my bed.”

To make that happen, Bob enrolled in the new Emergency Health Services (EHS) Special Patient Program – which was recently expanded to include palliative patients through the Paramedics Providing Palliative Care at Home Program. This project was funded, in part, by the Canadian Partnership Against Cancer.

Bob would stay at home and if his pain or other symptoms reached a crisis point, his family would call 911. The paramedics would then treat him at home, rather than automatically rushing him to hospital.

His children gathered round on the February long weekend, “to come back together and spend those moments in the bed actually with him …” Virginia trails off. “We felt confident that we — the children and I — could provide him with the necessary care, but on a Sunday afternoon his condition deteriorated.”

They called the paramedics. They helped Bob and stayed for many hours, letting the family focus on their precious final moments together in a comfortable environment.

“We were able to focus on spending those last hours totally with Bob,” says Virginia. “Their level of professionalism was remarkable and they were completely focused on our situation. It allowed us to be a part of Bob’s journey.”

Bob spent his final moments in his own bed, with his own bed sheets, holding his family — just as he wished.

START OF A ‘REAL SHIFT’ IN HOW PARAMEDICS WORK

Dr. Alix Carter, an emergency department physician at the QEII Health Sciences Centre and EHS Medical Director of Research, a co-lead of the Paramedics Providing Palliative Care at Home Program, says the program started when paramedics realized their “treat pain, take to hospital” protocols didn’t work for patients in palliative care. Too often, the person would be rushed to hospital, where they’d pass away in unfamiliar surroundings.

Now, paramedics are trained and equipped so they can care for dying patients at home. “Often at the end of life, the goal is no longer, ‘Get me to hospital, get me a diagnosis and a cure – I kind of know what my diagnosis is; I just want you to manage the symptoms,’ ” Dr. Carter says.

Marianne Arab, is the manager of supportive care at Cancer Care Nova Scotia and the program’s other co-lead. She says people can enroll through conversations with their healthcare provider. Anecdotes suggest the program is working, Marianne says, and they’re now studying data gathered from its first year.

Once they’ve analyzed data from the first year, the team will determine if the program can expand to include other conditions which may not be best served by a trip to the emergency department, such as those living with incurable diseases or geriatric patients.

“It’s recognition that the traditional lights and sirens to the emergency department approach doesn’t meet the needs of every person who calls 911 in a crisis,” Dr. Carter says. “I think we’re at the tip of a real shift, and this may even just be one example of a shift in the role of paramedics in the healthcare system.”