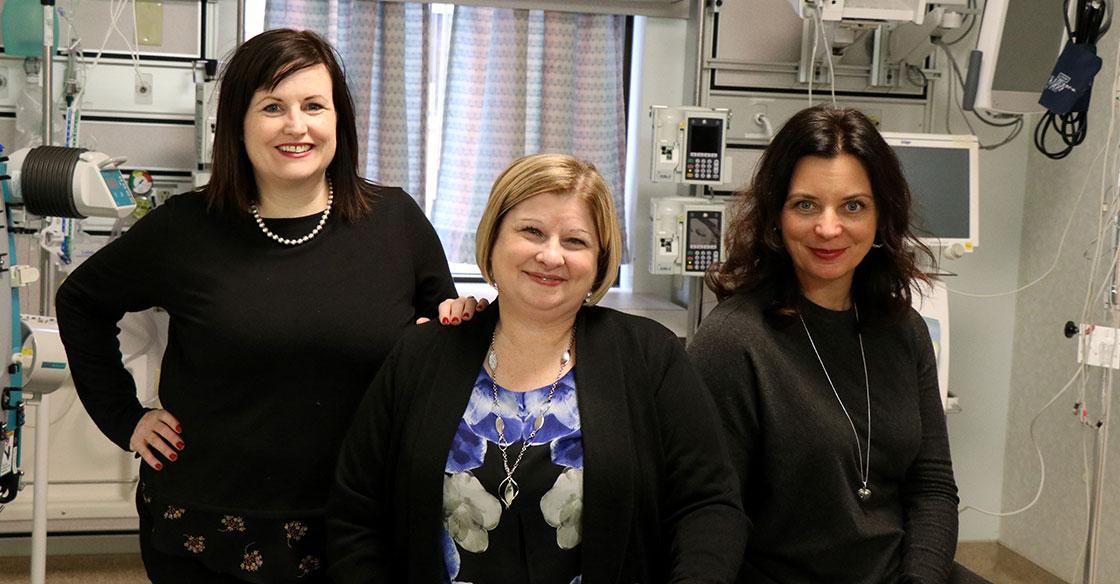 Nancy Michalik and Kevin MacKenzie were too busy enjoying the simple things in life — like regularly attending Saturday night dances in their hometown of Glace Bay — to think much about the details of their eventual wedding.

Nancy, a semi-retired NICU nurse, and Kevin, a heavy-equipment operator, had been dating for more than seven years and marriage seemed inevitable — just not a priority.

It wasn’t until an unexpected turn of events saw Kevin, a once-vibrant 55-year-old, lying motionless in the Intensive Care Unit of the QEII Health Sciences Centre that the worst news was delivered.

An abscess had formed on his upper spine, and surgeries to remove and repair it were unsuccessful. Kevin now faced a future as a quadriplegic, and he would need a tracheostomy and ventilator to breathe.

It was not the quality of life he wanted, and Kevin decided his time on earth was over. The healthcare team in the QEII had done everything they could, and now their attention shifted to keeping the shocked couple comfortable as they navigated palliative care.

“It was the most heartbreaking day of my life, but it was also beautiful.”
- Nancy Michalik

“Kevin was very outgoing — a jokester and prankster,” Nancy says. “That wouldn’t have been his lifestyle, so we had to accept the facts. He wanted the decision made that he no longer wanted to live that way.”

Knowing his time was limited, Kevin asked the nursing staff if they could help him propose to Nancy and marry her. It was his dying wish to marry the love of his life, even if it meant they could never again hit the dance floor together or raise a toast to their love.

The couple was married in a patient room in the QEII’s Intensive Care Unit, just steps away from where doctors had tried everything they could to get Kevin a better outcome. He died just an hour after he and Nancy said “I do.”

“It was the most heartbreaking day of my life, but it was also beautiful,” Nancy says. “When I have dark days, I can look back and I can think of Kevin and all of our memories, including that special day.”

A recent initiative called the 3 Wishes Project helped Kevin live out his last wishes. QEII staff dimmed the lights, moved any non-essential medical equipment out of the room, decorated the space and played music during the ceremony.

The program, funded by the QEII Foundation and community donations – including the ICU team’s own fundraising efforts – is designed specifically for individuals at the end of their life. The endeavour was founded by Dr. Deborah Cook, an ICU doctor in Hamilton, Ontario in 2013, and was introduced to the QEII in May 2018. At publication, more than 160 wishes — things like visits from family pets, religious ceremonies, tea parties and family gatherings — have been granted to over 50 patients.

Traditionally, healthcare professionals were instructed to keep patients at arm’s length, to “not get too close,” says Dr. Sarah McMullen, a physician in the department of Critical Care and assistant professor at Dalhousie University.

But projects like 3 Wishes are challenging that approach, and the impact — for the dying, their families and hospital staff — has been resoundingly positive.

“For staff, it’s a difficult and big change when you’ve spent the last few days trying to make someone better and then to change that conversation to focusing on how to make the dying process an important and meaningful experience for the family,” says Dr. Jennifer Hancock, an ICU physician at the QEII.

The 3 Wishes Project represents a timely transition in how patient care is approached and the team at the QEII is proud to offer it to patients and their families.

“3 Wishes is a nice fit for any ICU, but we just felt it was time in this era of patient and family-centred care to really put the patient and their family at the centre of our care in a slightly different way,” Dr. McMullen says, who was present for Kevin and Nancy’s wedding.

“Kevin knew the type of life he wanted and that it would no longer be possible. He also knew he loved Nancy and wanted to marry her. It was moving to see that much courage displayed at the end of life,” Dr. McMullen says. “There was no hesitation. It really was a special day for everyone.”

To support the last wishes of QEII patients like Kevin, visit QE2Foundation.ca/donate-3-wishes-project.