Giving the gift of securities: A tax-smart way to put your investments to good use 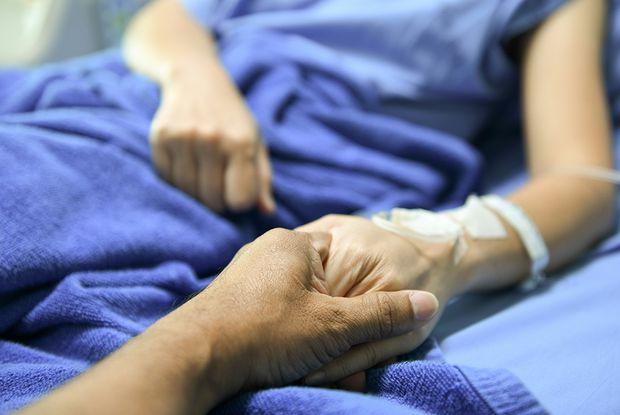 Donating stocks, bonds or mutual funds this holiday season is a tax-efficient way to help the QEII Health Sciences Centre expand innovative treatment for stroke, cancer and other life-threatening diseases.

For many Canadians, supporting health care is a top priority this holiday season.

The COVID-19 pandemic has brought into focus the doctors, researchers, nurses and other medical professionals who work tirelessly to save lives every day.

For those looking to make a difference as 2020 draws to a close, one smart way to contribute is to donate stocks, bonds or mutual funds to a health-focused charitable organization.

“A lot of people are considering monetary donations around this time [of year],” says Gregory Bonnell, financial advisor at Richard McKenster Financial Planning Inc. in Halifax. “So I often bring up the idea of donating securities in kind, because it’s not always top of mind.”

In-kind donations can involve gifting securities, such as stock in a company, directly to a charitable organization instead of selling the shares first and donating the proceeds.

It’s a particularly appealing strategy this year for individuals whose investments have done well, and who would like to share their good fortune with worthy organizations. Mr. Bonnell says that while the primary motivation for clients is to support their chosen cause, “they’re often pleasantly surprised by the tax savings they receive in return.”

Most donors are aware that the federal and provincial charitable tax credits are worth up to 55 per cent in Nova Scotia for gifts in excess of $200 in one calendar year, Mr. Bonnell says.

But many do not realize that in-kind donations also eliminate the taxes that would be owing if an individual had chosen to sell the investments and donate the proceeds.

“That can be a big deal, because a lot individuals have held shares that have appreciated greatly in value for many years, and the potential tax bill is significant,” Mr. Bonnell says.

When deciding on a focus for their charitable giving, he says many in Canada’s Atlantic provinces look to the region’s leading hub for health care, the QEII Health Sciences Centre in Halifax.

“So many people have received great care [there] themselves, or their loved ones have received care at the QEII, and they want to give back,” he adds.

A financial gift to the QEII couldn’t be more timely, as the centre looks to expand care at its new, interventional radiology (IR) suites. The QEII Foundation recently launched a $1.25 million fundraising campaign to fund the state-of-the-art equipment and technology within two of the four IR suites at the QEII and a dedicated recovery area for patients.

In an IR suite, minimally-invasive procedures can be done under local anesthetic with the guidance of sophisticated imaging techniques like computed tomography, ultrasound or magnetic resonance imaging (MRI).

“Among the biggest benefits is patients typically have shorter recoveries and reduced risk of complications with these minimally-invasive therapies,” Dr. Berry says. In turn, that frees up hospital beds and reduces costs.

On any given day in the suites, neuro-interventional radiologists may be passing a tube through an artery in a patient’s groin to remove a clot in the brain that is causing a stroke. Or, an IR suite could be used to guide a balloon to open up an artery and fix a circulation problem to help heal an infection in a diabetic patient’s foot, saving the patient from an amputation. Another patient might receive cancer treatment on a small growth on the liver with pinpoint accuracy.

It's this kind of innovation and excellence that is inspiring donors this holiday season, says Geoff Graham, senior director of Gift Planning for the QEII Foundation.

Mr. Graham says that in-kind donations of securities are increasingly popular with their supporters. “Donations can be as little as $500 in value, but most donate stock in-kind valued between $5,000 and $10,000.”

Some donate much, much more, he adds.

But Mr. Graham points out that donors supporting the QEII Foundation with gifts of securities aren’t only those with large holdings in taxable accounts. Donors come from all walks of life, he says.

“We often hear, ‘These shares were given to me by my father when I was young, and they’ve just been sitting there growing over many years,’” he says.

Individuals can designate their gift of securities to an area of care or research that is meaningful to them, or choose to support an area of greatest need like IR.

Donor generosity will help increase access for the thousands of patients from across Atlantic Canada that are referred to QEII’s IR suites each year.

“This year, despite the COVID pandemic, thanks to the hard work of our IR team of technologists, nurses, support personnel and physicians, we’re on track to do more than 6,300 procedures,” Dr. Berry says.

Furthermore, the need is constantly growing, with the number of patients requiring treatment at its IR suites increasing about 7 per cent each year.

“With the new equipment, we can effectively double the care we can provide [right now],” he says.

According to Dr. Berry, donors will enable more minimally-invasive procedures each day – thereby reducing wait times, allowing more same-day recoveries and limiting time spent in hospital for patients. All of which are crucial during COVID-19.

“Simply put, the impact of people’s donations on the health care of Atlantic Canadians is huge.”

Learn more about the advantages of donating securities at QE2Foundation.ca/securities.