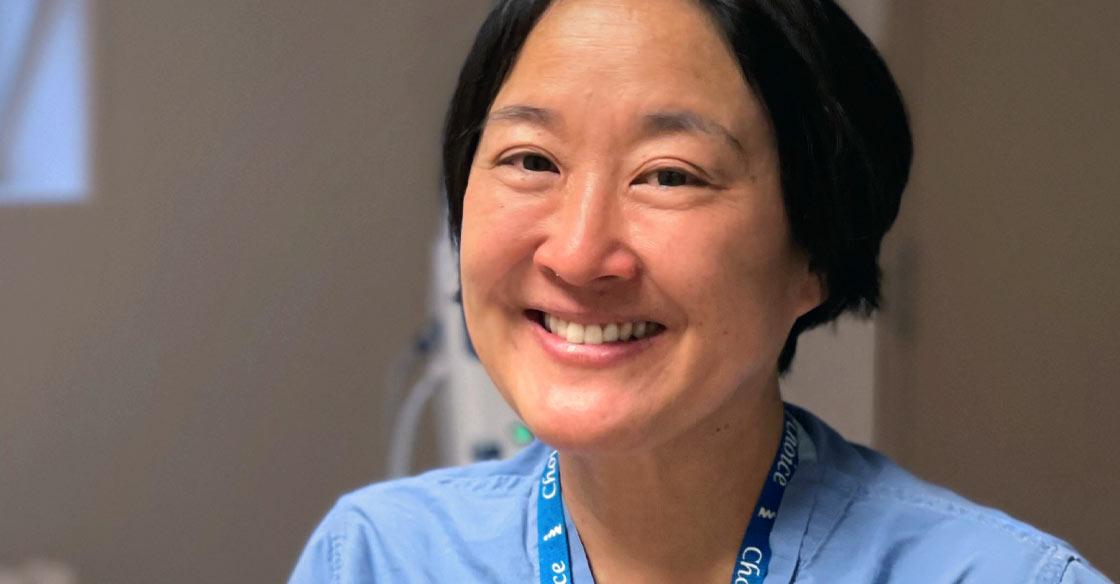 You’ve likely read stories about donors improving health care – from new technology and surgical suites, to the latest cancer treatments and more. Health care is the sum of its parts – and it encompasses many, many, causes worthy of our support.

But what about the corners of the hospital no one thinks about – at least, not until they find themselves or a loved one there? What about the clinics that change lives, but largely go unseen?

The QEII Women’s Choice Clinic is one of those places.

A veteran of the QEII, Andrew Ritcey is no stranger to the medical system. After spending his career as a Recreation Therapist and Health Services Manager, Andrew and his partner, Virginia Veinot, wanted to do something powerful to support health care – addressing a need that most people are likely not aware of.

“We wanted to explore the areas of the hospital where perhaps people aren’t focused on making donations,” says Virginia. “We knew we could make a difference by supporting areas that aren’t always in the public eye, or when they are, it isn’t always positive.”

When a staff member at the QEII Foundation identified the clinic as a need, it resonated with both Andrew and Virginia.

“We all find ourselves in situations we didn’t plan for,” Andrew says, “but that doesn’t mean we don’t deserve access to the care we need in those moments.”

The pair have supported the clinic and women’s health in a number of ways over the years, helping to purchase vital equipment, including an ultrasound and IUDs – tiny, t-shaped contraceptive devices – for women who otherwise couldn’t afford them.

Focused on abortion care, the QEII Women’s Choice Clinic works in partnership with the Halifax Sexual Health Centre and until recently, was formally known as the Termination of Pregnancy Unit.

Dr. Lianne Yoshida is the medical co-director of the clinic. In addition to supporting women locally, she and her team have long rallied to move the bar forward and strip the stigma from abortion care.

“Although the stigma around abortion has changed a lot in the 20 years that I’ve been an abortion provider, it’s still there,” she says, “as I see it reflected in my patients – even 20 year old patients have internalized the stigma.”

Until 2017, the Women’s Choice Clinic was not part of the standard clinical rotation for medical students or residents. But progress has been made in recent years, bringing good news for women’s sexual health in Nova Scotia.

In 2019, a self-referral line was introduced in the province – so a doctor’s referral is no longer necessary to acquire services.

Donor support is incredibly meaningful to the clinic, according to Dr. Yoshida.

“Abortion care is political. It makes us a little bit different than cancer care or cardiac care, for example” she says.

“To every individual who donates to us, I want to say thank you. You are helping to directly combat abortion stigma because you feel that abortion is health care. It’s important.”

Since 2005, donors like Andrew and Virginia have contributed more than $159,000 to the clinic, helping ensure women enter a space that is welcoming, comforting and overall, that they receive the care they need, if and when they need it.

Dr. Yoshida highlighted that while private insurance plans cover IUDs for many, and medical insurance is in place for women on social assistance, this creates a significant gap.

“There are a lot of women working low wage jobs,” says Dr. Yoshida. “These women don’t have insurance, live pay to pay, and to spend $400 on the spot is just not realistic. Donors are helping them,” she says.

Many of the recipients have written personal notes as a gesture of thanks for the support they received.

“Now, I feel like I have control as to when I’d like to be a mother,” one woman wrote “I will never forget you. You gave me control over my body, what a gift.”

“I’m not able to take other forms of birth control for health reasons,” another woman wrote. “This IUD will have a huge positive impact on my overall general health, emotionally and physically.”

For more information on the clinic, or to show your support with a gift, please contact Katharine Berrington at katharine.berrington@qe2foundation.ca.