Global News: Robotics being used to surgical precision at QEII 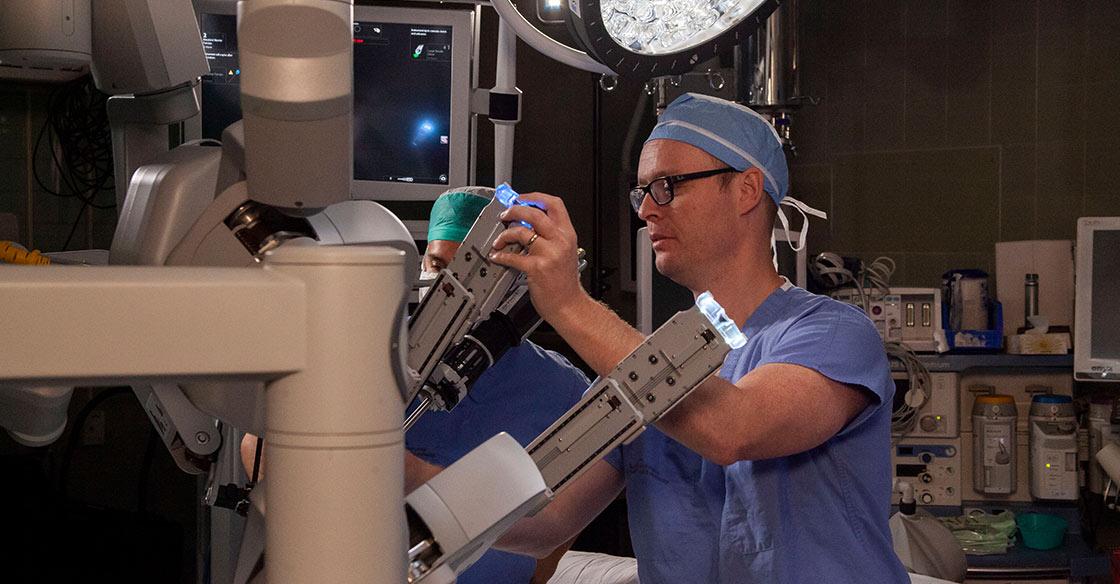 The future of surgery has arrived at the QEII Health Sciences Centre Hospital in Halifax as state-of-the-art robotics have made their way into the operating room.

More than 100 surgeries have been performed on patients since the facility began incorporating robot-assisted surgery in February 2019.

The DaVinci Robot was brought in by the QEII Foundation which has raised $5.6 million through donations so far, with a goal of raising another $2.5 million to complete the purchase of the machine and ensure its operating funding for the next five years.

Through the use of the apparatus, a tiny camera is inserted into the patient which gives the surgeon a 3D view they can control.

They also control tiny mechanical arms that are equipped with pinchers that add another level of precision, eliminating any unsteadiness of their own hands.

“This is really the tip of the wedge,” explained Foundation CEO Bill Bean. “In 20 years this will not be a topic of conversation, it will be standard of care here.”

So far, procedures have been performed on kidney, prostate and gynecological cancer patients.

In the future, they plan to incorporate other surgeries, with Bean saying that more and more, robotics are playing a major role in healthcare.

“This is widely used across Canada and North America and globally,” explained Dr. Ross Mason.

“This is essentially allowing us to give world-class care to our patients.”

Mason is a urologist at the QEII who has performed a number of procedures using the apparatus.

A native of Pictou County who studied in the United States at the prestigious Mayo Clinic, he says having this kind of cutting-edge equipment brings a variety of benefits.

“For the patients obviously, [what’s] most important [is that] you avoid that large incision … you get less pain, shorter hospital stays, less blood loss, less scars on the abdomen, and just an easier recovery,” Mason said.

The positives for the surgeons? Less wear and tear on their bodies as years of delicate surgery can wreak havoc on fingers and joints.

Another benefit is more broadly-based, as they believe having state-of-the-art equipment for medical students to train on will help in the quest to attract physicians to the region.

“Having this here at the QEII really is going to allow us to attract and retain surgeons and keep them in our environment which I think is a win for everyone,” he said.

To learn more about the program and to make a donation visit www.qe2robotics.ca