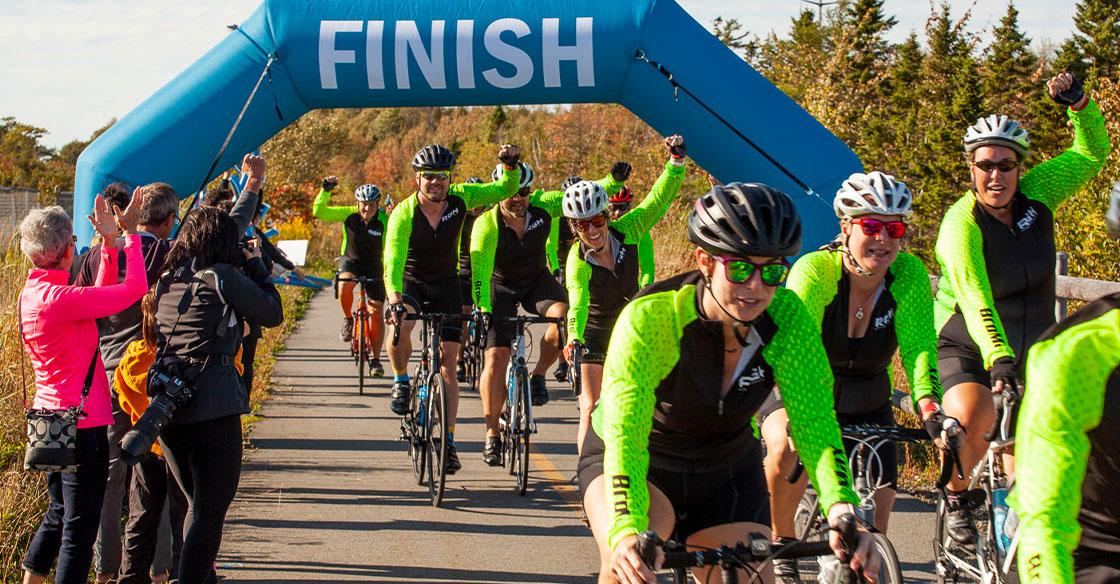 On Saturday, September 28, a community of over 800 riders, 210 volunteers, sponsors, and supporters came together and raised over $891,506 net for cancer care in this region – and that number is still growing.

Ride for Cancer powered by BMO Bank of Montreal is Atlantic Canada's largest one-day fundraising cycling event and is hosted in partnership by the QEII Foundation and The Leukemia & Lymphoma Society of Canada.

Since the event began four years ago, Ride for Cancer powered by BMO Bank of Montreal has raised more than $2.6 million.

"Funds raised through Ride for Cancer make a tangible impact here at home," says Bill Bean, President and CEO, QEII Foundation. "The community support for this event continues to grow and make a big impact on a disease that touches so many of us."

"I want to honour a remarkable man who would be here today if cancer had not taken his life," says Sue. "On January 9, 2019, Stephen advised us of his diagnosis – pancreatic cancer.  Two months later, we received the devastating news, he was gone. How could this happen to a man who gave so much of himself to fight against this disease," said Sue to a teary-eyed crowd.

With fond memories of the first time the QEII's hematology team took part in Ride during its inaugural year in 2015, Sue says "Stephen was the first one to cross the finish line that year – he gave it his all and I know he would want us to do the same today."

Riders took to the road or the Rum Runners Trail from Mahone Bay to Halifax – with distance options ranging from 25 kilometres all the way to 160 kilometres. No matter the distance, the goal was the same – supporting Atlantic Canadians battling cancer.

Funds raised from the 2019 Ride for Cancer event will support local cancer care to fund state-of-the art cervical cancer diagnostic and treatment equipment and help fund Atlantic Canada's first surgical robotics system at the QEII, which will treat a range of cancers with a laser focus on prostate cancer. Research to discover new treatments for blood cancer patients and individualized patient and family support programs will also be funded through this year's ride.

Presenting sponsor of Ride for Cancer for the fifth year in a row, BMO Bank of Montreal has played an integral role in the success of the annual cycling event.

To learn more about the impact of Ride for Cancer, visit YourRideForCancer.ca.