Over 20,000 patients have received warm-water aquatic therapy in the The Grace Hansen Therapeutic Pool during their recovery from brain or spinal injuries, severe arthritis, strokes or other neurological conditions.

Reclaimed independence
The road to recovery 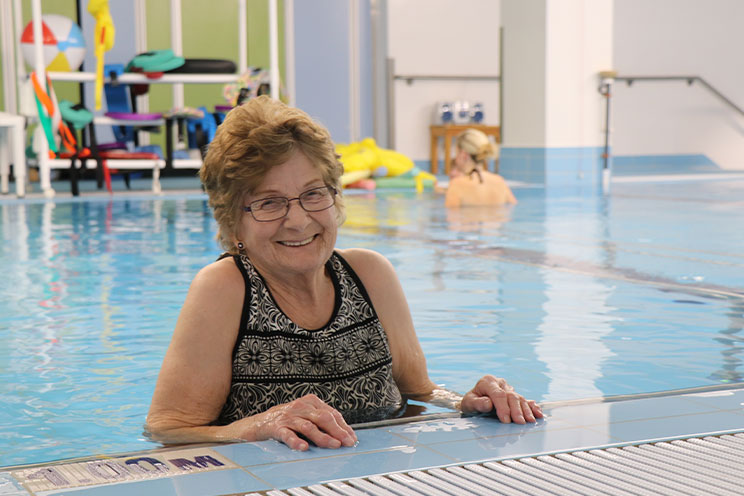 A Result of the Revitalizing Rehab campaign

Patients find themselves in the QEII’s Nova Scotia Rehabilitation and Arthritis Centre under range of different circumstances such as a stroke, motor vehicle collision, surgical complications, or a long-term progressive neurological disease, like multiple sclerosis. Whatever the case, the conditions of many patients are life-altering and the road to recovery is often a challenging one.

This campaign immediately resonated with the community - donors saw the need and stepped up in a big way.

A $1-million gift by the Hansen MacDonald family led our Revitalizing Rehab campaign, which saw the community come together and raise $2.6-million to construct The Grace Hansen Therapeutic Pool and two new ILS suites for patients receiving care at the QEII’s Nova Scotia Rehabilitation and Arthritis Centre 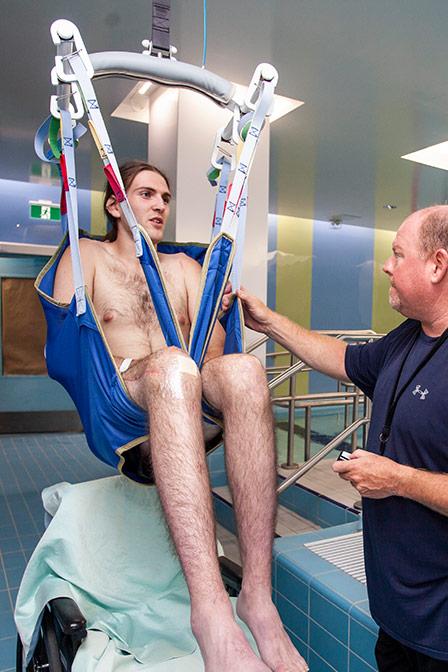 As an athletic, young mechanic with a world of opportunity on the horizon, Matthew Upham didn’t expect to spend his summer as an inpatient at the QEII, learning to walk again.

19-year-old Musquodoboit Harbour local, Matt, was caught in the wake of tragedy on June 10, 2018 when he was driving to Laurie Park with three friends and was hit by a driver who ran a stop sign.

Matt was air-lifted to the QEII after the accident where he was dubbed “The Miracle Kid” based on his injuries that included two broken legs, a shattered kneecap, three broken ribs, two collapsed lungs, brain bleeding, sciatic nerve damage, loss of part of his right ear, and a foot-long burn on his shoulder, among other wounds and injuries.