‘This is why I’m alive.’ Cancer survivors inspire support for bringing life-changing gallium-68 scanning to the QEII 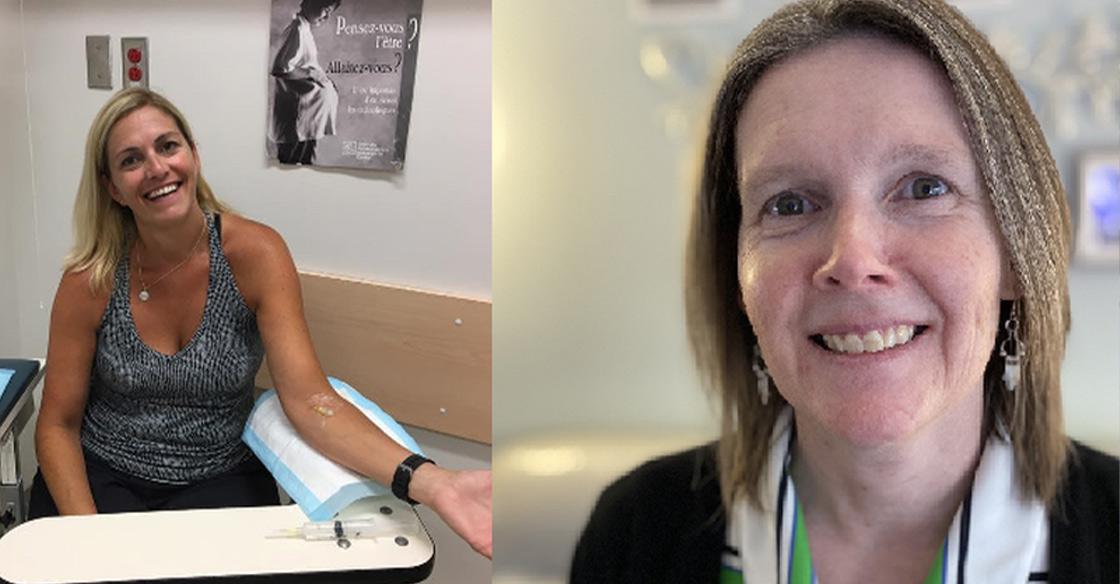 Originally published as a sponsored article on thechronicleherald.ca.

Personal stories can have powerful impacts. They help enlighten people on what it’s like to go through a particular experience and can even highlight how helping others is a worthy cause of action.

Such personal stories and experiences have inspired both Darlene Pomroy and Sharon Needham to fundraise for the QEII Foundation in support of bringing Atlantic Canada’s first gallium-68 DOTATATE tracer to the QEII Health Sciences Centre.

The personal stories of Darlene and Sharon are also what QEII Foundation president and CEO Susan Mullin says will inspire others to support this fundraising campaign, which will change the lives of Atlantic Canadians living with neuroendocrine cancer.

The QEII Foundation is working to raise $200,000 by March 31, 2021 to ensure access to the world’s best detection tool for neuroendocrine cancer this spring. This life-saving tool, called gallium-68 DOTATATE, is only available at a small number of Canadian healthcare institutions and, even then, often only as a clinical trial.

Lower Sackville resident Darlene Pomroy joined this fundraising initiative in memory of her late mother, Loretta, who passed away in 2018 from lung and brain cancer. She has also experienced cancer herself and is a stomach, breast and appendix cancer survivor.

“My mom was a rock star. Not only did she make raising 10 kids seem effortless, but she always seemed to have projects on the go — from volunteering with the ladies’ auxiliary to knitting hats or teddy bears to send to those in need, even leading her seniors’ exercise class. I always remember her helping someone,” says Darlene. “I get this feeling each year in the back of my mind that I should be doing something to help someone too.”

After reaching out to the QEII Foundation to see how she could help, Darlene says this fundraiser caught her eye because of her family’s history with cancer, as well as what local access to gallium-68 DOTATATE would mean to those living with neuroendocrine cancer.

“As a cancer patient myself, I can say that my aggressive screening schedule paired with the expert care I received at the QEII is why I’m alive. My family and I are thankful for that every day,” she says.

Neuroendocrine cancer is one of the most difficult cancers to detect; often taking five to seven years from a patient’s first symptoms to their official diagnosis. Gallium-68 DOTATATE offers a solution as a best-in-class method for diagnosing neuroendocrine cancer, identifying the most effective treatment options and monitoring their response.

Following a neuroendocrine cancer diagnosis that was seven years in the making and a lung operation in 2015, cancer survivor and Halifax resident Sharon Needham travelled to Quebec in 2017 to take part in a gallium-68 DOTATATE clinical trial.

Due to the COVID-19 pandemic, she is among a group of Atlantic Canadian patients who can no longer travel to Quebec for the clinical trial to access an already incredibly-limited scan; one she likens to winning the lottery as there’s such a demand among patients from coast-to-coast.

“It’s the same as not being able to have a mammogram after breast cancer. There’s no way of really knowing if I’m cancer free,” says Sharon. “Local access for any cancer patients who require a gallium-68 scan will be a total game-changer.”

This is why Sharon is fundraising for the QEII Foundation to bring this detection tool to the QEII, so she and other Atlantic Canadians can access accurate imaging sooner and closer to home.

“It would diagnose neuroendocrine cancer earlier, which is huge as so many patients are stage IV when they’re finally diagnosed,” she says. “In my case it would immediately identify if my cancer has recurred. We would be leading the country on this.”