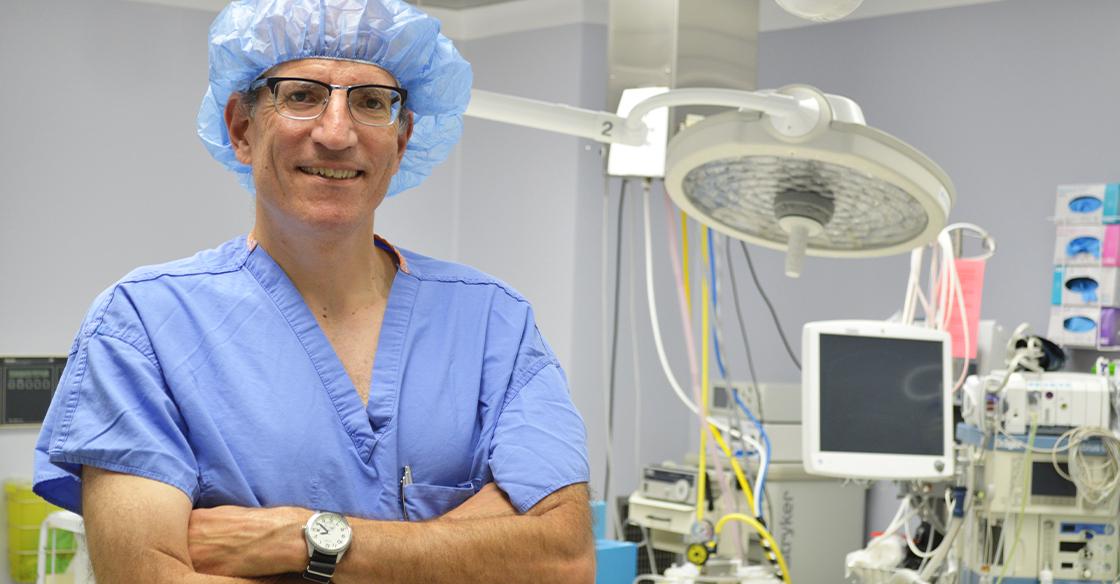 Modern operating room will contain $4M worth of state-of-the-art equipment when it opens in fall 2020.

If a patient suffers a complication during surgery at the QEII hospital in Halifax, Dr. Greg Hirsch has to focus on a new challenge: safely getting them down the hall or to another floor to different departments for tests.

He said that journey will soon be prevented with the development of a new hybrid operating room, which will be the first of its kind in the Atlantic region.

The hybrid OR is double the size of a traditional operating space. It has all types of diagnostic equipment in one spot, so instead of moving the patient, hospital staff move the machines if a patient suddenly needs open surgery.

"The space allows us to reach Nova Scotians who have major disease in the arteries around their heart and in their belly and problems with valves within their hearts in a less-invasive way with the assurance that we can back that up with an invasive approach," said Hirsch.

It also means those patients who are already in a critical situation can be taken to one place, so they can be tested and treated faster.

Hybrid ORs are already proving to be successful elsewhere, said Hirsch. Traditionally, the different specialties worked in silos, treating patients for the condition that falls under their umbrella.

"[The hybrid OR] allows us to put teams of doctors around the patient with all the right equipment, which is a real piece of progress for us," he said.

Hirsch said the benefit won't just be for the patients. He said new specialists want to train in hybrid environments.

"We can attract and retain and train the very best cutting-edge clinicians for our Nova Scotia population," he said.

Hirsch is co-chair of the Maritime Heart Centre development council, which pushed to build the hybrid OR.

Now that it's been given the green light, it will be named after Stewart Allen, a Torontonian who used to be the president of Sparkling Spring Water in Truro, N.S. He donated $1 million to the QEII Foundation to help with the project, which helped the foundation raise the $4 million needed for the equipment in just one year.

"We know it's going to be better for patients," said Bill Bean, foundation CEO.

"It's better for the system. It speeds the recovery period up, so we know that this is going to have a tremendous impact on people and our donors respond to that right away."

With the funding now in place and planning underway, the hope is that construction on the new hybrid OR will be complete by the fall of 2020.

A reminder of the impact that the hybrid O.R. will bring from our QEII cardiac and vascular experts!