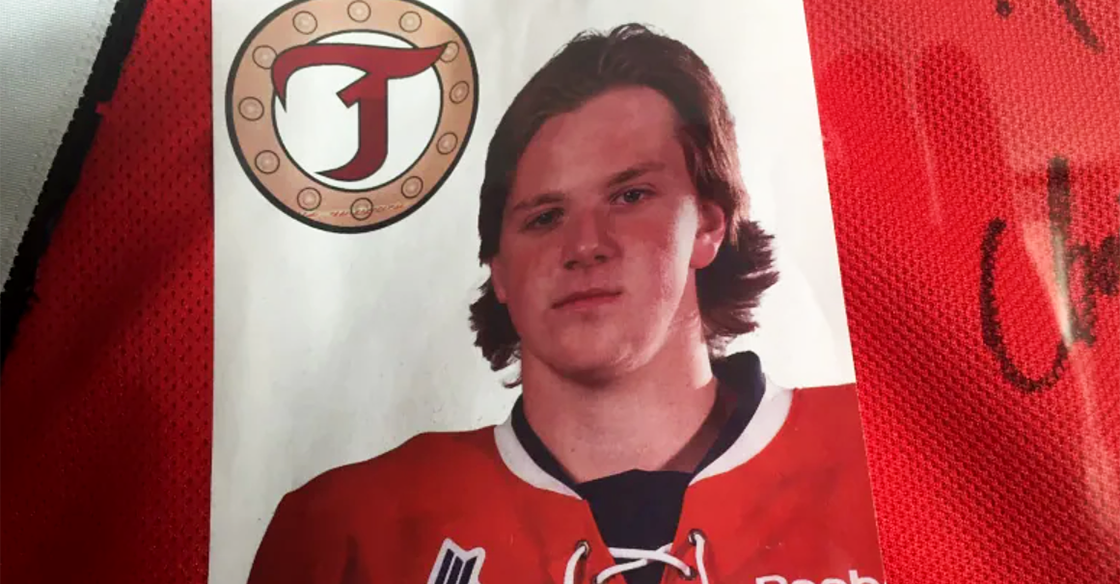 Jordan Boyd died in 2016 after collapsing on the ice at an Acadie-Bathurst Titan training camp. (Robert Short/CBC)

The family of a Nova Scotia hockey player who died from an undiagnosed heart condition in 2013 is celebrating a significant milestone — fundraising more than $1 million for the QEII Hospital Foundation in Halifax.

Jordan Boyd of Bedford died at the age of 16 after a cardiac arrest caused by a rare heart condition.

He collapsed on the ice at a training camp for the Acadie-Bathurst Titan of the Quebec Major Junior Hockey League in August 2013.

Boyd's death sparked change within the hockey league. It now mandates each team have its own automated external defibrillator, or AED, and at least three staff must be trained in CPR and life-saving techniques.

His family has also pushed for change off the ice and has been fundraising for the QEII's inherited heart disease clinic ever since.

"They support us through everything that we've been doing to create a lasting legacy for Jordan and we're beyond thankful, and it's something that we just could never have imagined being able to get to this point."

In 2015, Boyd's family hosted a one-day hockey tournament where teams got the opportunity to play with local NHL stars like Nathan MacKinnon and Brad Marchand.

The Jordan Boyd Celebrity Hockey Challenge has grown to become an annual tradition, but the event was cancelled last year due to the COVID-19 pandemic.

The golf tournament raised $153,000, pushing the funds past the $1-million threshold.

"It was a pretty emotional moment to just see that," Dobson said.

"It's a great side story to the overall story of helping people here in Halifax with inherited heart disease and creating a legacy that's lasting for Jordan and making sure that he's remembered."

Since 2015, the funds have allowed a heart rhythm specialist with QEII's inherited heart disease clinic to complete a six-month fellowship at the Mayo Clinic.

It has also allowed the clinic to create a full-time research nurse position and increase clinic hours from one day a week to four.

Dobson said his family sometimes hears from patients at the clinic who have been directly impacted by the funding.

"That just really brings everything home and just makes us realize that what we're doing is important and it's impacting people every day in a real way," he said.

"And I think that at the end of the day, makes us feel that we're doing right by Jordan and making sure that his memory lives on."

Dobson said his brother would be "honoured and humbled" by everything his family and the QEII Foundation has accomplished since his death.

"I think back to some of our hockey events. If he were to see me on the ice, missing a good pass to MacKinnon or Marchand or trying to catch up with some of these NHL players, he'd probably have a few laughs in my direction," Dobson said.

"But for the most part, I think he'd be really proud of what we've done."