CBC: Hospital family room to be renovated in honour of Barho family 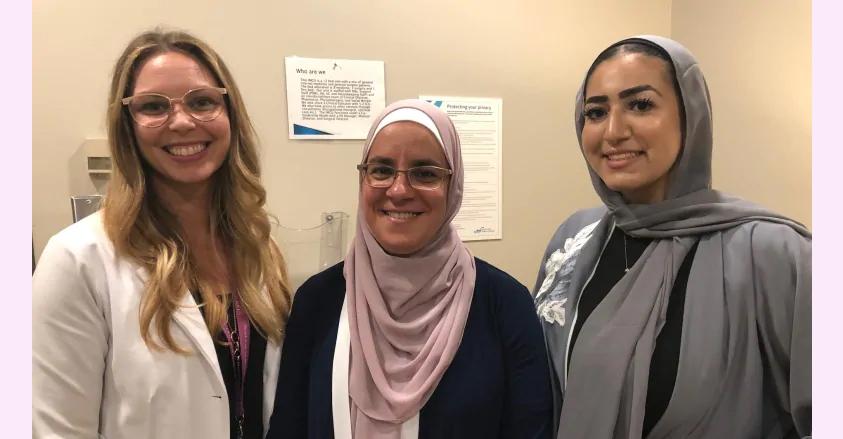 Pictured: Jessica Gaudet, left, of the QEII Foundation, is working with Lubna Channaa, centre, and Mariam Mahmoud of the Barho Friends to renovate the outdated family room at the hospital. (Carolyn Ray/CBC)

It's supposed to be a refuge in a place of crisis, but one of the family rooms in the Halifax Infirmary looks more like an office space than a place of comfort.

The outdated, weathered room in the third floor intermediate care unit, or 3IMCU, has become the focus of a community passion project by those connected to the Barho family.

The group, Barho Friends, is hoping to raise $10,000 to renovate it to benefit other families who are experiencing a crisis.

The idea came from those who have made countless visits to support Ebraheim Barho, who has been in the hospital since a house fire claimed the lives of his seven children in February. The cause of the fire is under investigation.

"We wanted to show our appreciation to the hospital because they did an enormous job in supporting the Barho family and the community," said Lubna Channaa. 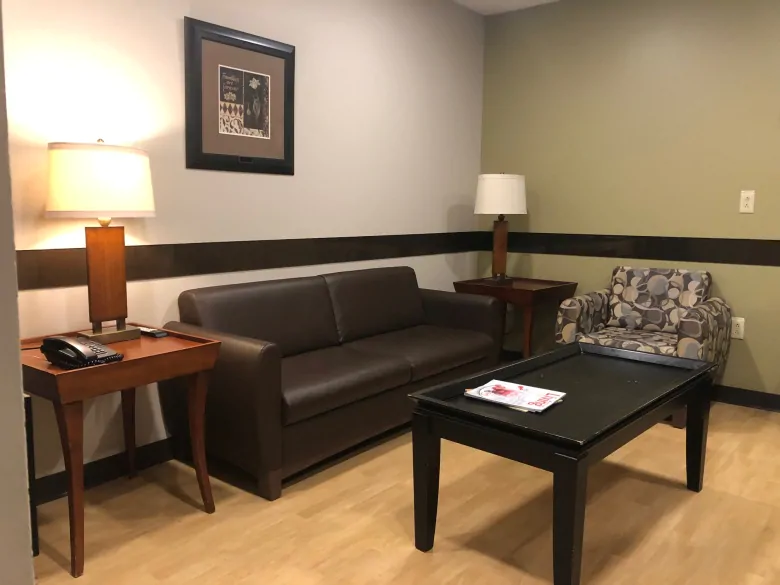 The family room has chips in the walls, old, worn-out furniture and a tiny television. The renovations will try to make it look more like a home. (Carolyn Ray/CBC)

She's one of the volunteers who has teamed up with the QEII Foundation to renovate the family room. The unit serves as a bridge between intensive care and a regular unit.

"Families come here often not knowing what is wrong with their loved ones," said Christopher Fraser, the health services manager for 3IMCU.

"Any one of those patients could have anywhere from one to 10 family members with them. The patient area isn't the place for that many people to be hanging around. This room gives all family members a chance to come in here and relax."

Fraser suspects the furnishings were an afterthought, a collection of bits and pieces that were found when the room was opened about six years ago.

The brown paint is chipped, there's a 13-inch television on the wall, and cots are stuffed in the corner.

"We've even talked about making the door less industrialized, really make it feel like home," he said.

Fraser said employees in the unit where thrilled to learn of the plans.

"We were all really excited because we do see this room being used 24/7 by our families," he said. "Sometimes, they need to sleep in here because they're from away and they have nowhere else to go at the moment and they want to be near their loved one."

Through the summer, the volunteers have held small fundraising events like a lemonade stand. They've reached the halfway mark of their $10,000 goal.

When Mariam Mahmoud found out what they were doing, she immediately offered to help. She saw the family room for the first time on Tuesday, and was shocked by how small it is.

"It definitely makes me want to work harder," she said. "For a lot of people, part of their healing process is having their friends and family around them, so it's really important to have a comforting and warm space where they can stay and support their loved ones." 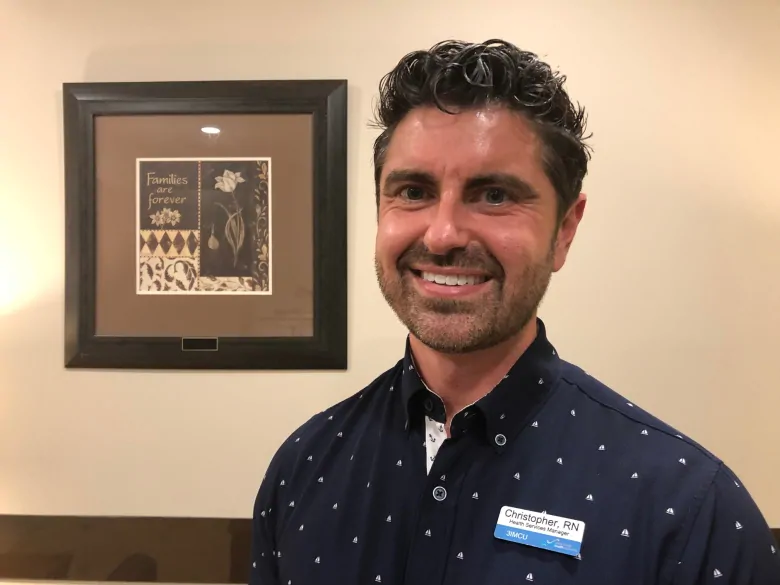 Christopher Fraser is the health services manager for the unit that hosts the family room. He says it will make a significant difference to have a comforting space for those who are in the midst of a crisis. (Carolyn Ray/CBC)

Mahmoud enlisted four other women to draw henna tattoos. They're setting up a donation booth at the Halifax Shopping Centre on Saturday and they hope to reach their fundraising goal soon.

At that point, the Nova Scotia Health Authority and QEII Foundation will work together on a design so the renovation can begin.

Fraser estimates the renovation will take about a month.